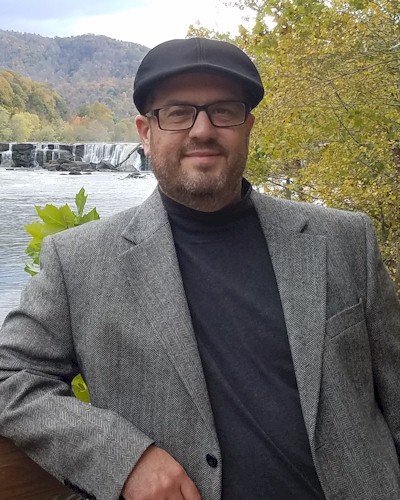 Theodore James "Ted" Kula grew up in Weirton, WV, son of a steelworker and raised in the Catholic faith. He graduated with honors from Bethany College in 1994 with a Bachelor's in Computer Science and WVU in 1996 with a Master's in Computer Science.  Mr. Kula began working for a major government contractor in 1996, eventually overseeing million-dollar contracts and requiring extensive travel in the United States and Europe.

In due course, these projects brought him to Hinton in 2001, where he met and married Cheryl Lowry Kula (originally from Hinton, WV). Mr. Kula is an extrovert, married to an introvert, a true sign that opposites attract and still work well together.  They are the proud parents of two daughters, Lieschen and Lillian. Deciding to make Summers County their permanent home, the Kula family resides in the Buck area of Summers County, which is in the Greenbrier District.  Mr. Kula calls himself a reluctant farmer and has learned how to brush-hog and take care of the farm, including apple trees and wild blackberries.  The Kula family has hosted beehives on their property with Appalachian Beekeeping Collective, and in 2020, they began learning how to manage their own beehives. The Kula family also has chickens, rabbits and looks forward to adding more livestock as time permits.  Mr. Kula likes to take his daughters fishing, and is teaching them how to hunt.

Mr. Kula believes deeply in service to his community. He joined the Hinton Area Foundation Board of Directors in 2008, and has held positions as President, Vice President, and is currently Chairman of the Finance Committee. He also joined the Hinton Rotary in 2013 and is the current president. He has been a member of the Summers County Public Library Board of Directors since 2019 and has helped to secure multiple grants for the library, but he is quick to remind folks that library funding is a continual struggle. He also enjoys being a long-time supporter of the Summers County Humane Society.

Mr. Kula has been the County Planning Official since 2009, overseeing cell tower activities in Summers County. He participated in the Hinton Development Authority to help the city manage the Hinton Technology Center. Mr. Kula has also worked on the County Dilapidated Structures Committee, which has the goal of addressing unsafe structures in Summers County and helps to beautify our county to improve tourism. When the County Commission enacted the dilapidated structures ordinance, there was a diverse mix of people on the committee who worked very well together. One success that the committee enjoyed was the tear-down of the Hatcher building at the corner of Rt. 3 and 20. As some projects do, the activity level waned.  As commissioner, Mr. Kula is getting the ball rolling again on Dilapidated Structures.

In his spare time, Mr. Kula likes to work on and race performance Mustangs.  He enjoys racing at the Virginia International Raceway and Summit Point Raceway.  He has made a deal with his wife that he will visit Europe with her in the future, as long as he gets an opportunity to accomplish his life goal of driving the Nurburgring in Germany. She has agreed to this deal as long as she doesn't have to be in the passenger seat.

As part of his official Summers County Commission duties, Mr. Kula serves on the Dilapidated Structures Committee, County Planning Commission, the New River Gorge Regional Development Authority (NRGRDA) board, the website committee, and on the Monroe-Summers Solid Waste Authority, along with the other two commissioners.

While Mr. Kula has many goals for the county, his current top focus areas include the following:

Broadband - The county residents all need broadband so everyone can access the internet for home businesses, contact with relatives, video streaming, and other internet-based activities. Mr. Kula is coordinating with the major providers to seek funding on multiple projects to meet this initiative. Mr. Kula has also created the Summers County Broadband Council to share information with residents about broadband activities, and to be available to answer questions.

Grant Funding - Mr. Kula is using his background in grant writing to seek grant opportunities for Summers County.  For example, Mr. Kula successfully won a $25K grant for Dilapidated Structures, and is working on multiple other opportunities, including broadband, courthouse and courtroom security, electric vehicle charging, solar, and other forward-looking projects that will benefit the residents of Summers County.

Economic development for Summers County - We are embarking on a great dialogue with the county and the city. There are opportunities for new projects, especially with the NRG National Park designation.  Mr. Kula is working with multiple organizations on projects to showcase Summers County and with a focus on broadband and tourism.